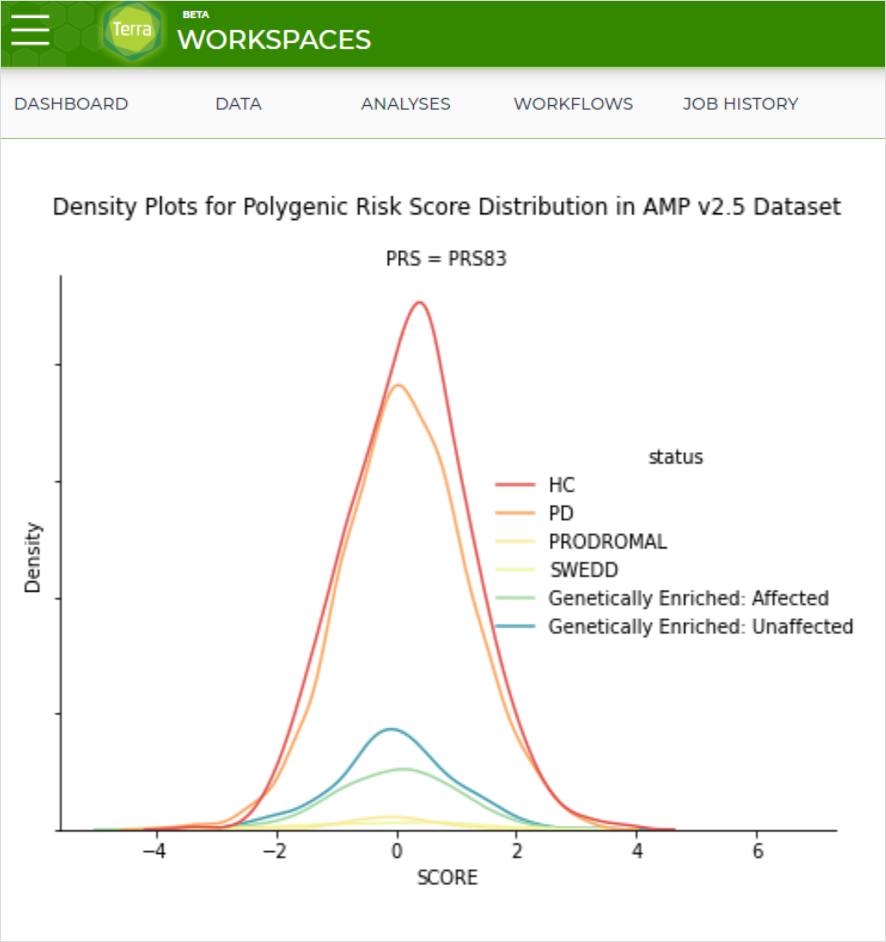 Parkinson’s disease is a complex neurodegenerative disorder believed to be caused by a combination of genetic and non-genetic factors.  Recent advances in genome-wide associate stories (GWAS) have enabled the identification of several genetic loci that collectively contribute to PD risk. Exploring known genetic loci can shed light on this complicated issue and provide new ways to explore genetic risk for an individual or group of individuals.

A polygenic risk score (PRS) is used to evaluate one's overall risk or predisposition to a disease, taking into account an individual’s genetic architecture that includes the effects of both protective and risk genetic variants.
This value is calculated by comparing individual-level genotype and phenotype data to a larger collection of weighted alleles from genome-wide association study summary (GWAS) statistics and this value indicates an individual's susceptibility based on alleles present in their genome. It is important to note that PRS scoring represents only one form of PD risk, and that the many variants used in assigning a PRS score require careful evaluation in the course of analysis.

How is PRS Useful?

Within this workspace, users are able to generate covariate files based on AMP PD features that have been captured and harmonized across cohorts, and use these to determine polygenic risk scores, which can then evaluate a participant’s risk or predisposition for PD. This workspace provides a way to conveniently perform this across AMP-PD cohorts consistently to explore, discover, and analyze the rich data present within the platform.

To find this workspace and more, please see the workspace directory in our AMP PD featured workspace here.